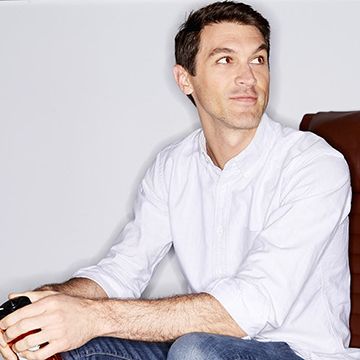 At Google, we build for everyone. We know that one of the best ways to do that is to have a workforce that’s more representative of the users we serve. Thanks to an initiative called Self-ID, Google gathers intersectional data - or data that cuts across race, gender, and other identities - to help give us a more complete picture of our workforce. This data is helping to power our diversity, equity, and inclusion (DEI) efforts globally, and helps to make everyone at Google more visible - so that we can create an even more inclusive workplace.

When Google began collecting DEI data in 2014, we did so using data that we were obligated to collect and report to the U.S. Equal Employment Opportunity Commission (race/ethnicity and binary gender1). This data set gave us an important preliminary glimpse into who works at Google. However, we recognized that this data has limitations. “Most companies use demographic data collected for regulatory purposes and aim to meet the lowest bar for this data,” says Mary Kate Stimmler, people analytics at Google. “At Google, we aim for a higher bar that both deepens our understanding of the data and fosters greater inclusion for our underrepresented communities.”

For too long, data limitations meant that we could only focus on the broadest strokes of the people who work and contribute to our company. “It was cumbersome,” Stimmler explains, “and our data was inconsistent with the data used for other programs and evaluations.” These limitations meant that we could only focus on certain U.S. communities and demographics because that's who was included in our data sets. We wanted to make Google as diverse, equitable, and inclusive as possible, but we didn't have the information we needed. We were trying to solve the right problem with the wrong data.

That's why, in January 2019, we launched Self-ID - a voluntary self-identification survey that collects data on many aspects of identity. Now, Googlers can quickly ands easily choose to disclose if they have a disability, if they’ve served in the military, and if they’re non-binary, LGBQ+, and/or Trans+.

Learning more about the many intersections of Googlers’ identities helps the company improve work culture. “We aren’t required, for example, to report on non-binary populations within Google. But we know that some non-binary Googlers feel that this is a key part of their identity,” says Stimmler.

“Now, for Googlers who provide Self-ID, we can import their data and use the same, consistent data for our internal employee survey,” Stimmler says. “It also means we’re collecting this sensitive data less often, which helps protect the security and privacy for Googlers as well.”

We also know that it’s important to measure race and ethnicity outside of the U.S. So we decided to take our commitment a step further. Across the board at Google, there was “an increased focus on the lack of data available to regions outside the U.S. to drive impact on racial equity topics and DEI in general outside of binary gender,” says Victor Preda, EMEA Program Manager, Diversity and Inclusion at Google. Data regarding race is now collected globally - in countries where legally permissible. This data broadens the understanding of race beyond a U.S. context, and makes data more applicable for internal stakeholders interested in Self-ID’s findings.

When it relaunched last fall, Self-ID earned “overwhelming” support from Googlers, according to Whitney Wantong, a diversity strategy specialist at Google. The majority of Googlers in every department and every region around the world voluntarily provide this demographic data. Our 2020 Diversity Annual Report highlights a 62% response rate, with the company goal of reaching 90%. (Those who don’t want to share their data have options to opt out of participating. So far, only 2% of Googlers have chosen to opt out.)

Self-ID data is already in use. For example, after analyzing the data for those who self-identified as having a disability, Google set company-wide goals focused on improving product accessibility and disability inclusion. By understanding who makes up Google, our DEI leaders can create more impactful programming, initiatives, and other resources to meet those needs.

Self-ID data allows us to inspire other companies and organizations to ramp up their DEI efforts.  At the same time, Self-ID allows us to take a hard look at diversity within our own departments and regions, and to spearhead initiatives to support diversity across our company.

According to research from the Center for Talent Innovation2, companies can foster a sense of belonging by creating a culture where all employees feel seen, connected, supported, and proud to be a part of the organization. By better reflecting the intersectional identities of our employees, Self-ID is just one way that we’re working to create a culture of belonging for all Googlers.

2 Center for Talent Innovation. (2020). The Power of Belonging: What It Is and Why It Matters in Today's Workplace.